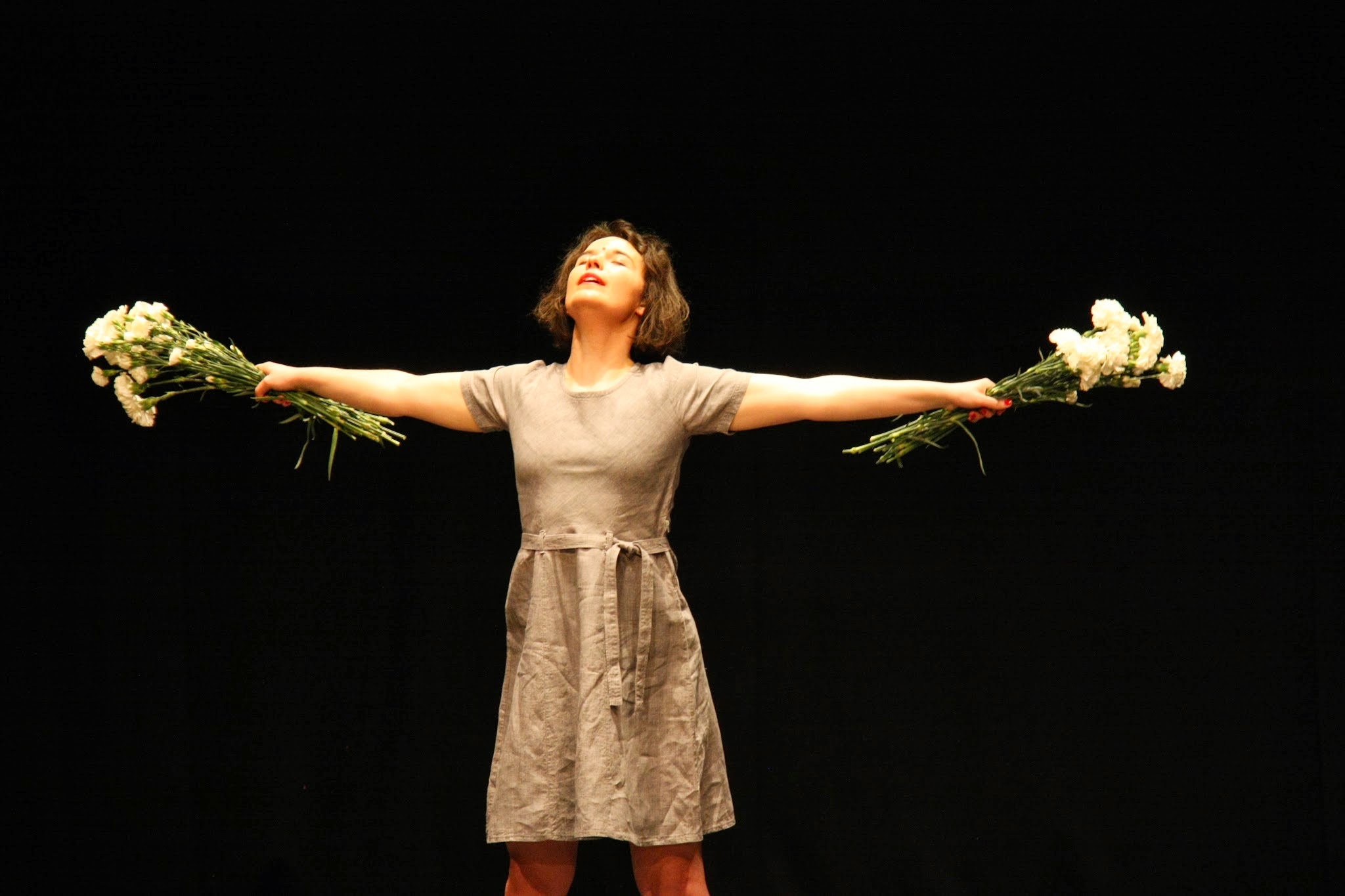 I have been making solo and collaborative performance work since 2005. During my time studying at Wimbledon School of Art, I met some of the most inspiring and pioneering performance artists who gave me the opportunity to think differently about what theatre and performance can be.  So, with Two Destination Language I do just that. Our work has won awards and is visually arresting and intellectually stimulating foregrounding issues of contemporary society.  Check out our work here!

As a solo performance artists past work includes

Native Birds (2009) was developed at the Watermill Centre for Performance, New York (as an awarded residency) and performed at Artsadmin, The Albany and the Arts 4 Human Rights Festival (all London), Pilot (Birmingham), The Showroom (Chichester), The Basement (Brighton) and Chapter Arts Centre (Cardiff). In 2009 I was awarded a Rules and Regs professional development residency at South Hill Park, Bracknell where I devised Kitty has no Pity – The Art of not giving up is a performance and a video work  about unfulfilled childhood dreams At Play South Hill Park (2012) and Hazard Manchester (2012). Earlier work includes Part and Parcel (2008) about lost rituals and traditions – Artsadmin (London); Water into Wine (2007) about folklore’s extinction – National Review of Live Art, Glasgow; Settling Dirt(2006) – East End Collaborations, Insomnia Bargehouse, London and Expo, Nottingham.

In 2017 I led a DIY Live Art Development Agency in Dublin, supported by Create Ireland exploring themes of otherness, identity and belonging.

I was a 2006 Artsadmin Bursary Recipient.